Played a dancer in THE SHELLS – AUSFLUG NACH NEU-FRIEDENWALD, an immersive theatre production in Berlin based on David Lynch’s Twin Peaks. Pole dancing and interacting with audience and other performers, my character was called Scarlet and was based in the nightclub. Images below.

Extra in a short film by Jos Porath, performed at Teufelsberg on the outskirts of Berlin. 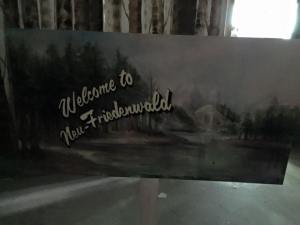