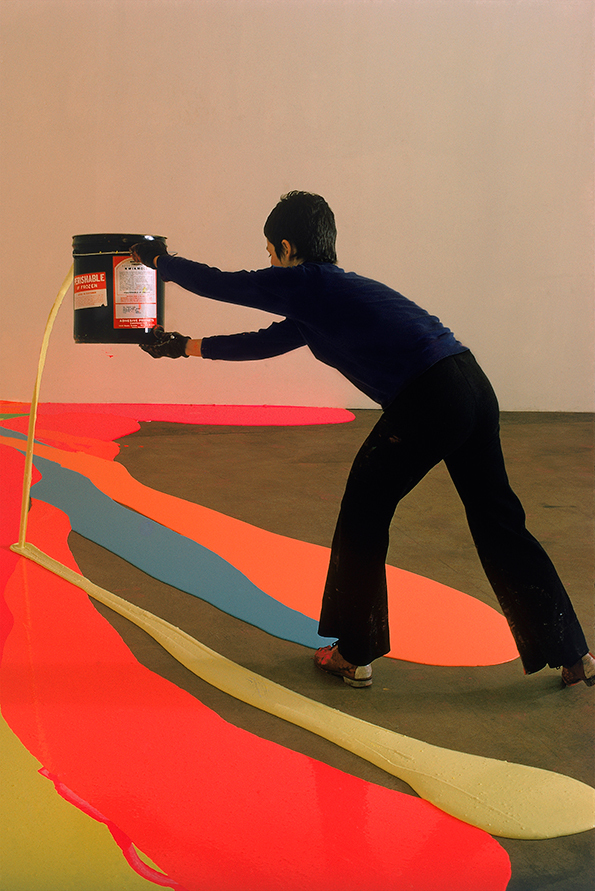 “Think of bayous…crawfish…sea creatures…metal…tieing shoelaces…not knowing what to do sometimes and just doing it.” This is Lynda Benglis’ bizarre monologue, with which she ends the introduction to her new show.

A new show opening this week at The Hepworth Wakefield demonstrates that her concerns with feminism and self-image aren’t always so direct. Around 50 works are on show spanning her entire career, which still sees her still working today at the age of 73. Most prominence is given to her sculptural works, informed by Minimalism, Pop Art and Abstract Expressionism, and somehow combining the sensibilities of all three. 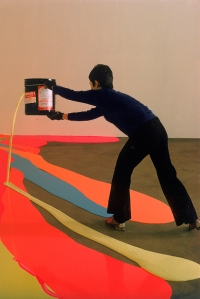 The feminist associations, however, seem to be ones Lynda is keen to distance herself from. According to the show’s curator Andrew Bonacina, feminism is problematic for the artist, who prefers to see herself as more concerned with materials, and the body as a form, rather than a site for more political conversations. “I have no regrets [about making Centrefold ],” says Lynda, fielding questions about how this remains the most discussed of her works.

Although the work does feature in the show, alongside just two video pieces in a similarly erotic-tinged vein (including 1973’s Female Sensibility, in which she kisses the artist Marylin Lenkowsky), her preoccupations with sensuality and pleasure evolved to manifest themselves in more abstract, sculptural forms.

There’s an incredible weight and physical presence to the pieces (which sadly jpegs can’t do justice); each, she says, in some way based on the female form. According to Andrew, Lynda has said that every piece of work is somehow related to the body or to nature, a statement made all the more interesting by the distinctly man-made feel of the materials and colours.The show is arranged by geography, with each room showing works created in or drawing from a time in a different place, including New York, New Mexico, Greece and India. Most alluring for us are the New York pieces, gloriously gestural splurges on the floor (such as 1968’s polyurethane pour Night Sherbert A) that owe as much to Jackson Pollock’s drip paintings as to sculpture.

This concern with process (albeit with a reluctance to admit that label, if what Lynda says is to be believed) is shown throughout her career. Much of the work has seen Lynda grappling with her materials on a very physical level, be they wax, paint or latex, trying to master and tame them while also respecting their fluidity.

The joy she clearly feels in making them seems to pervade each form, and we’re told that Lynda once claimed that making her wax totem pieces was “akin to masturbating in the studio.” This playfulness and humour is shown with the experiments with how and where works should be placed: sculptures are hung on the wall, their huge weight made to seem effortless; while paintings (albeit very sculptural ones) are dotted around on the floor.With this joy comes a certain camp and kitsch: glitter is used in works like 1970’s Sparkle Knot IV , almost as a two-fingers to the art world and the seriousness with which her contemporaries approached things. But that’s not to say it’s all a knowing joke – far from it – Lynda’s mastery, skill and willingness to push her discipline is breathtaking.

This is perhaps most evident in the sense that nothing is ever really as it seems: fanned metal seems weightless and fragile; enormous billowing piles of lead seem kinetic; and the artist herself seems to be constantly challenging us to create our own meanings regarding her abstract forms. So if Lynda – as she seemed to suggest in that monologue – often works from a stance of “not knowing what to do,” perhaps we could all learn to embrace our uncertainties a little more. It looks like they can catalyse some rather joyous creations.